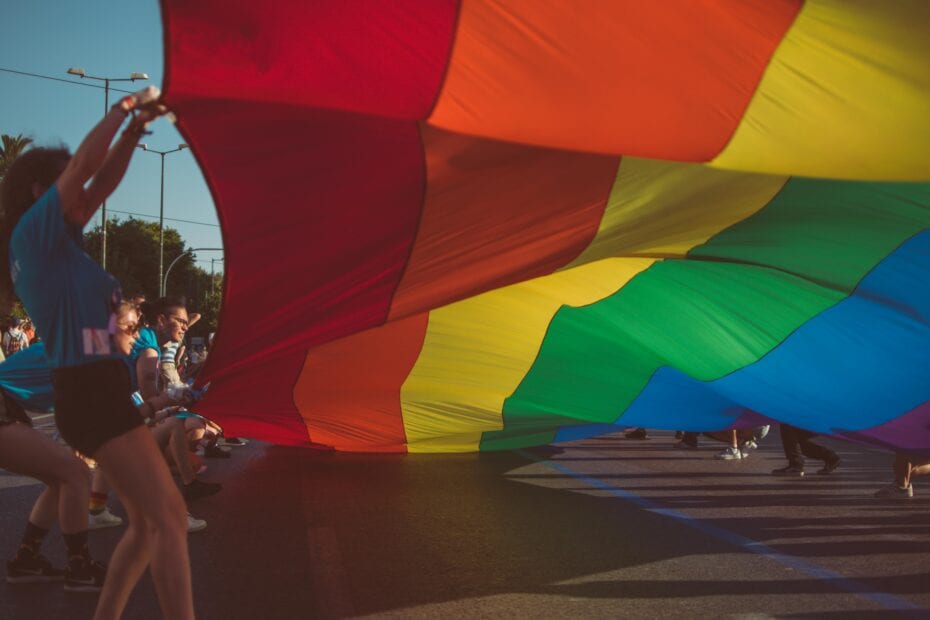 What is LGBTQ Pride?
Today, the Human Rights Campaign Foundation estimates that there are nearly 14 million Lesbian, Gay, Bisexual, Transgender, Queer (LGBTQ) adults and 2 million LGBTQ youth in the United States. Having millions of LGBTQ people located across the U.S, there are several LGBTQ Pride celebrations. LGBTQ Pride is a celebration and the promotion of self-affirmation and equality, acknowledging the oppressions and inequalities and increase the visibility of LGBTQ individuals.

Some Pride events include a wide range of LGBTQ centered activities such as parades, marches, rallies, dance parties, educational events/seminars, and festivals. These events allow people and straight allies, people who are outside of the LGBTQ community that supports their fight for equality and civil rights, to come together socially. This year organizers have shifted their programming to virtual formats. Online streams and meet-ups will continue to celebrate and uplift the LGBTQ community while also keeping people safe amid the current coronavirus pandemic by encouraging them to stay home and to stay connected virtually.

Historical Underpinnings
Historically, beginning in June, millions of people celebrate LGBTQ Pride Month. This month is to honor the 1969 Stonewall Uprising in New York City. The Stonewall Uprising was a series of spontaneous demonstrations by a member of the LGBTQ community against a police raid at the Stonewall Inn, a bar and social space in Greenwich Village neighborhood in New York City. These social and political demonstrations are widely considered to constitute one of the most important events leading to the gay liberation movement and the modern fight for LGBTQ rights in the United States.

LGBTQ Pride and Sociopolitical Involvement
In today’s sociopolitical climate, LGBTQ individuals have mobilized to support the real-time efforts of the Black Lives Matter movement to amplify the voices of protesters marching for justice for Black and other people of color individuals that have died by police brutality. Recently, more than 100 LGBTQ and civil rights organizations signed an open letter condemning racism, racial violence, and police brutality while calling for action and justice.
​
LGBTQ people are continuing to seek safe and brave spaces to be their authentic selves. Space where they can express their gender, gender expression, and sexuality and be affirmed by peers in a way that feels honest, authentic, and, most of all, validating. Due to levels of oppression and discrimination from institutional systems, religious beliefs, and people who cannot recognize, accept, and celebrate those differences makes this movement a continuing effort towards equality for all. Audre Lorde, a Black Lesbian American writer, and civil rights activist, once said, “It is not our differences that divide us. It is our inability to recognize, accept, and celebrate those differences.”